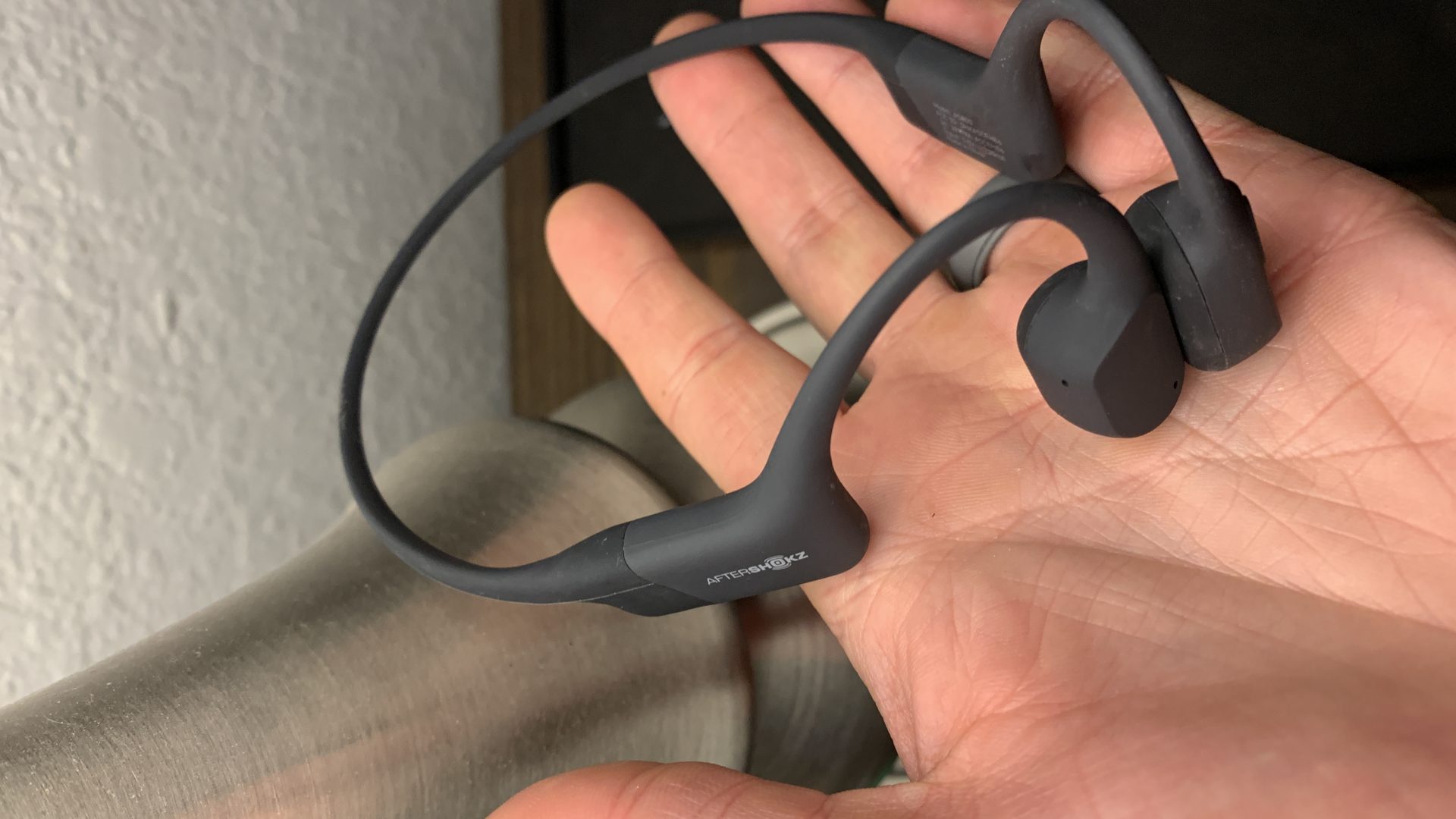 I tend to listen to podcasts or music when I run, and run an hour or two now each night. Especially in the summer, I tend to run later, often well after dark. Last night I left at 9:39pm and got home around 11:30; and running along a popular path only saw three people. Two of those were other runners, and the third I believe to be a homeless guy who lives in the brush around the creek… he always seems to be there. He’s older and polite, and keeps to himself.

Several months ago I bought Sony headphones for both of us – they’re the Walkman series and have an advertised twelve hour battery life (never seen it, or anywhere close), along with built-in MP3 storage and playback. I really like them. They have microphones that pick up ambient noise and play it back through the speakers, enabling you to have some situational awareness. That works fairly well. I was really impressed with the feature at first, but feel the effectiveness of it has diminished with time, likely an issue with my brain rather than an issue with the headphones. I just tune that noise out now, I think.

A lot of runners seem to use Aftershokz, which are bone conduction headphones. Instead of playing directly into your ears, they rest on your cheekbones and transmit vibrations to your cochlea. Since your ears are unobstructed, you can maintain full situational awareness at all times. I looked at them online, probably around the time I was shopping around for the Sony models I bought, but dismissed them due to poor battery life. I saw the other day that they introduced a new model with eight hours of battery life, and decided to give them a try knowing they can always be returned. The idea of bone conduction interested me.

These are called the Aftershox Aeropex, and retail for $159. I’ve found that they aren’t great for music, and I much prefer traditional headphones or loudspeakers for that. I’m probably a bit of an audio snob in that department, but to me the music comes off as muddied and dull. The Sony headphones I’ve been using (NW-WS625) aren’t much better, though I do have some other Sony IEMs (XBA-H3s) I enjoy. Fortunately, musical playback quality isn’t a huge priority for me when it comes to running headphones. I’ve been using the Apple wired headphones as a backup when my Sony headphones die, and they’re decent but nothing to write home about. Aside from dismal sound quality and unruly cord, I had issues with them staying in my ears until I picked up some silicon sleeves for them on Amazon, leading to mixed feelings about them.

Where these Aftershokz seem to really shine is voice – podcasts and audiobooks, which I rotate through frequently on runs, are a new experience. Since the voices don’t transmit through your ears, they seem like they come from inside your head, and vocal frequency ranges happen to present with a lot of clarity. It took at least fifteen minutes of listening for me to get used to the this, and begin naturally separating the audio from the Aftershokz from the ambient noise heard through my ears.

I’m really impressed with these, keeping in mind that I’m using them for running headphones, primarily listening podcasts and audiobooks. If I were to use them exclusively for all listening, I’d look elsewhere. They really shine for the intended purpose here.

I’ve run around three hours with them on a single charge, and they claim to have “medium” battery left. With an eight hour rating, I’m hoping to see six hours of real-world use out of them, and will report back on that later. If you’re a runner, or otherwise listen to podcasts and are concerned about hearing the environment around you, I recommend checking them out.