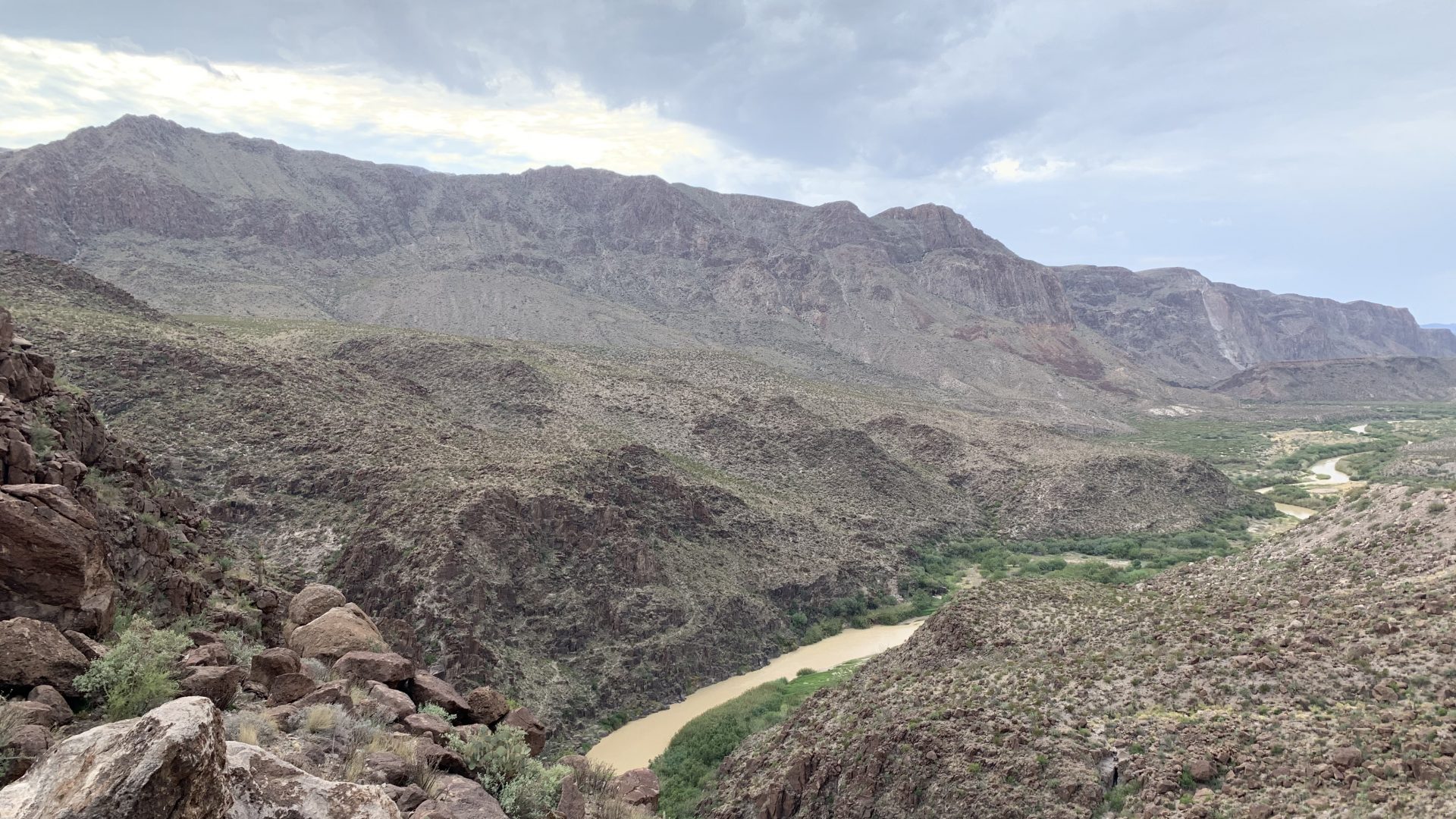 We’ve been staying in the Big Bend area with an RV site that backs up to the state park. There are several trails leaving the site, that we’ve spent a lot of time on. Unfortunately I haven’t pulled out the good camera, but we have managed to snap a handful of decent photos with our cell phones.

I’m still working to ramp up my mileage again after taking a few weeks off while scrambling to move out of the house, but ran about 30 miles this last week, about half of those being on trails, and the other half along the bike lane on the side of perpetually empty scenic highway 170.

In addition to the trails here, we took the drive from Terlingua to Presidio, which is supposedly one of the most scenic drives in the country. It did not disappoint, though we learned Kelly is a little skittish around the hills and curves in the mountains here. We’ll see how that bodes once we get into some bigger mountains up north.

We visited Big Bend State Park Warnock Center, went through the little exhibit, the desert garden, and some short trails near the headquarters. We found a geocache, signed the logbook, and headed on to Terlingua Ghost Town.

We walked around a few shops, visited some of the ruins, the cemetery, then drove dozens of miles of unpaved roads, and made our way up to the Cottonwood General Store back in town. We were both very surprised by the selection of vegan friendly items there, as well as the prices, which were reasonable given the context/location.

We’re going to continue exploring trails here for the next couple of weeks, and probably use next weekend to see the National Park and hot springs. We’ll be staying through the 26th, then off to New Mexico.