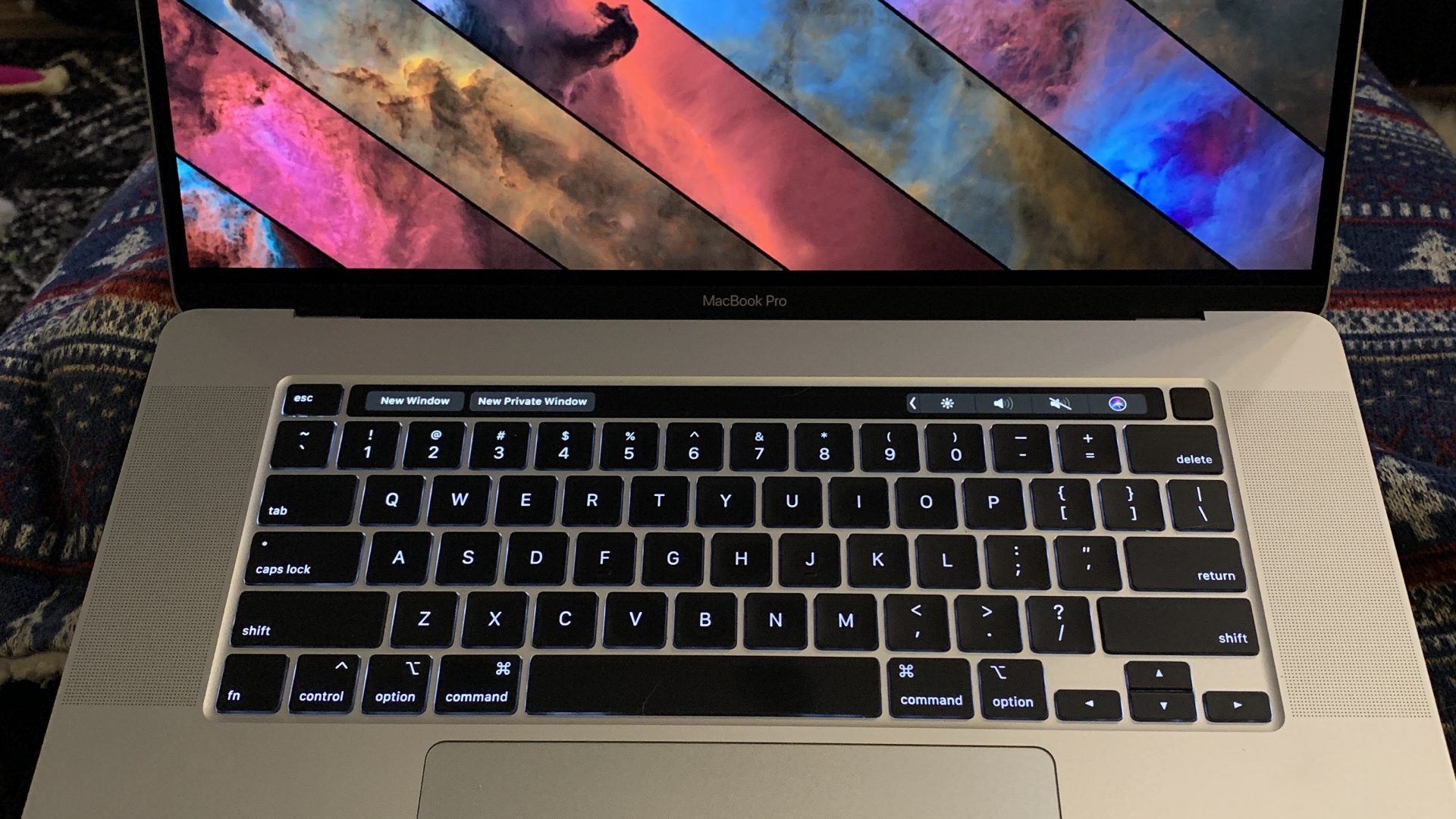 Being that I work remotely, my laptop is my livelihood. I use a personal MacBook Pro with a company-provided Windows 10 virtual machine image running in VMware Fusion for some work, and the base OS for a multitude of other tasks. I have a few other VMs for testing various things.

I moved to a MacBook several years ago, away from Linux, because I was tired of balancing Microsoft Office programs, group communication tools, and systems management tools, with an unsupported primary operating system. I used Windows for a while, but ultimately decided it still isn’t for me and now only use it in VM form.

My last upgrade was in December 2017, to a MacBook Pro 15″ base, which came with the Intel Core I7, 16GB RAM, and 256GB SSD. To house my VMs, I’ve been using an external Samsung T5 500GB SSD. The laptop has served me well, but has suffered from keyboard issues for a while, which Apple has actually issued a service bulletin and extended warranty for. The issues have progressively worsened until the keys began to completely fail simultaneously in the past couple months – likely as they are all approaching a similar number of actuations. I have AppleCare+ (their extended warranty program) on the laptop with a year remaining.

This week I got fed up with the keyboard and called Apple to inquire about the replacement program. Unfortunately, due to the complexity of the repair, and their consumer-oriented support pipelines, I was quoted two weeks for the repair with no ability to escalate. That’s too much time to be without, so I considered reloading a spare HP laptop I happened to grab for the RV when packing up, or buying a new laptop and giving the one in question to Kelly after repairs to replace her Windows-based Lenovo Thinkpad.

Ultimately, with the Black Friday sales that were going on, that’s what I did. I ended up getting a really good deal on the upper-tier pre-built MacBook Pro 16, which has the Core I9, 16GB RAM, and a 1TB SSD. The 1TB SSD was the major selling point here, because with it I could get rid of the external drive. They redesigned the keyboard and moved back to a more traditional scissor mechanism which is what they used pre-2015, which was not prone to the issues of the butterfly mechanism. It’s great to have a working keyboard with key travel again. It also has a physical ESC key, which is nice to have as an avid user of vi.

I wasn’t expecting much difference between the screens, and the rest of the specs might as well be the same for my usage, but the new screen is notably brighter with crisper text and the speakers are much improved. Because these laptops have been flying off the shelves faster than places seem to be able to stock them, I chose the Silver color (which was in stock) instead of Space Gray, which is what I’ve always bought. When comparing the two, I realized that my Space Gray has several places where the finish has faded from use that I hadn’t really noticed, whereas the bare silver shouldn’t have the same issue. I’m glad that I defaulted to this finish.

VMs seem to perform a whole lot better on the new laptop – I guess due to the storage situation with them running locally, even though the USB-C SSD should have been more than fast enough to feel native (there was always some lag and delay when working with VMs). Overall, I’m very happy with the upgrade.

Since I moved laptops, I decided to revisit software a bit and cancelled my Termius subscription to go back to SecureCRT, for a multitude of reasons, but the most bothersome of which is the lack of a proper search function – a glaring oversight for terminal software. If you spend a lot of time using SSH, you should definitely check out SecureCRT as it has been my default since 2012, except for a few brief stints with native SSH and Termius. Termius has only one redeeming feature which is why I moved to it – the ability to sync configurations across all Apple devices (Mac, iPhone, and iPad) which makes emergency changes from my cell phone while out and about a whole lot easier. Unfortunately, that isn’t enough to overlook the other shortcomings when compared to SecureCRT.