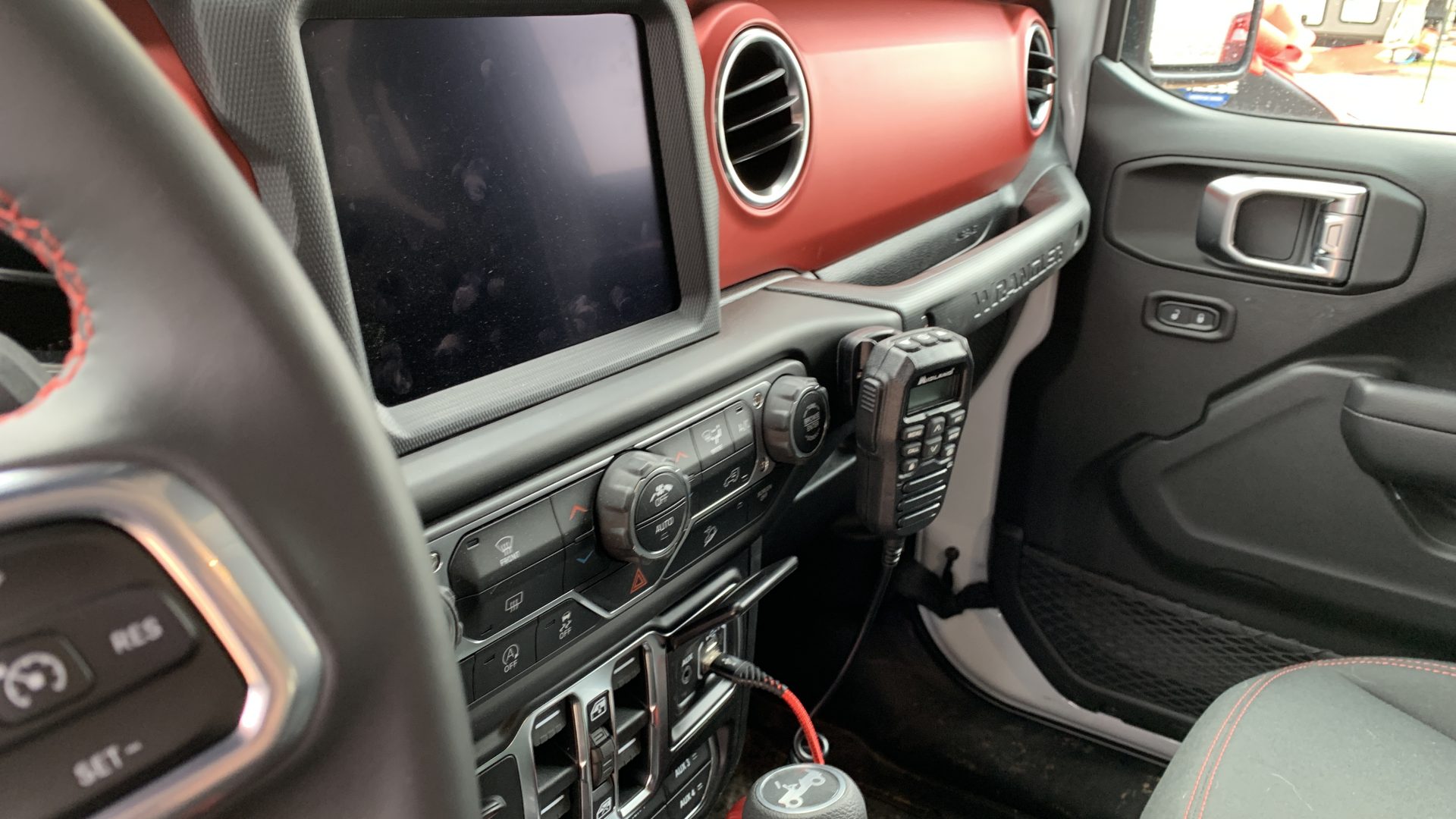 When we bought the Ram, I pulled my ham radio gear out of the Chevrolet and it eventually made it into storage back home – I have no idea where, but know they’re somewhere inside the storage unit and difficult to access. I replaced my mobile APRS-capable radio with a Garmin InReach Mini, finished up my AMPRNet project, and over time my other use cases for ham radio dried up.

Our recent decision to travel with a second vehicle does make for an interesting use case. We can use cell phones to talk between vehicles, but that’s unreliable in a lot of areas and if executed correctly, takes over your radio for bluetooth connectivity. Ham VHF/UHF simplex is a great alternative, but requires expensive gear and a licensing exam for each user. CB would work well, and doesn’t need licensing, but requires a large antenna. GMRS requires a license, but doesn’t require a test, the gear is inexpensive when compared to ham, and since it is UHF can use a smaller antenna – making it the option best fit for our use case.

I suspect that most people are familiar with the little walkie-talkie radios you can buy from Wal-mart or other general stores. Those are usually split FRS/GMRS radios, where to use the GMRS channels (which have higher transmit power) you need a license from the FCC. We’re looking at the same tech but in a mobile rig, which can transmit at much higher power, with a bigger antenna, and is hardwired into the vehicle. Among other things, buying the FCC license was one of the steps. $70 gets ten years of licensing for you and all of your immediate family members.

I chose Midland MTX275 radios, Comet CP-5NMO mounts, and the mid-range Midland MXTA10 antennas, which are only 12″ tall. I chose this radio specifically because all of the controls and speaker are on the microphone, and the base can be hidden away out of sight. I installed them in both vehicles.

I mounted the antenna on the drivers side and cut a hole in the boot where the steering column passes through the firewall to run the antenna cable through.

I zip tied the base of the radio to the underside of the dash where it can’t be seen, and spliced into the backside of the cigarette lighter outlet for accessory power, since it only transmits at 15w max and shouldn’t pull more than a couple amps. I located the mic in the driver’s footwell, but might have to move it forward a few inches because I didn’t consider the seat having to move forward for Kelly when she drives it. The mic holder attaches with 3M tape.

I located the antenna on the Jeep in the same place, but found a purposeful grommet in the firewall to pass the cable through.

I mounted the base behind the glovebox, and the mic to the right of the radio controls, near the grab bar.

These installs turned out pretty nice, with small antennas and unobtrusive equipment in the cabs. I was able to run everything out of sight and am pretty happy with the results.