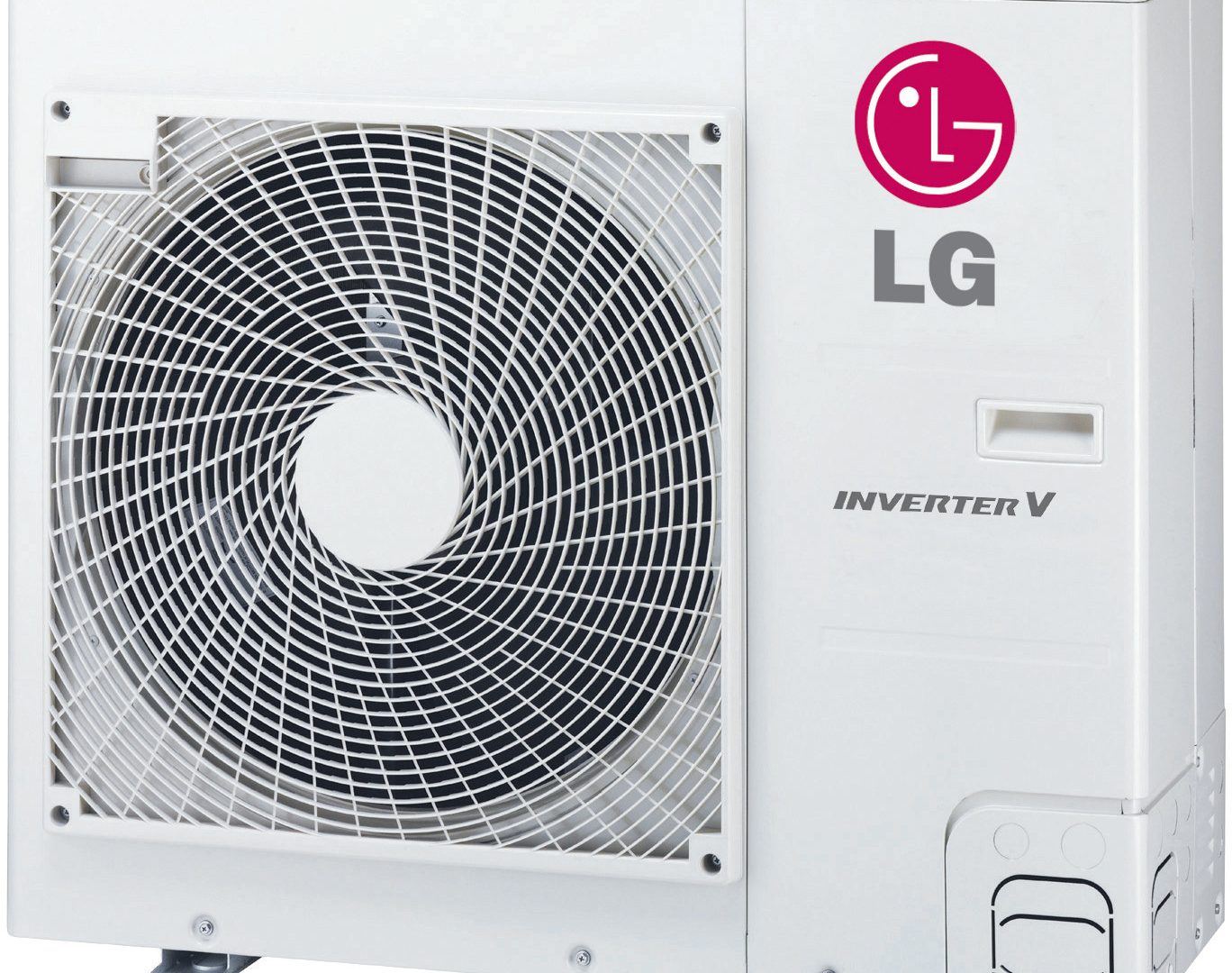 After much deliberation, we ordered one LG LMU30CHV 30K outdoor unit and two LG LMN159HVT 15K indoor units. After my last post, I changed my mind about the 240VAC units and was sold two 48VDC units for most of the weekend, until I was able to speak to the owner of one. After a quick conversation with him about his experience with the unit and trying to get warranty parts, I decided not to even consider them.

While I was sold on the efficiency of the units, I did have some concern about replacing the 30K of AC I’m removing with only 24K of AC. We’ve had a few occurrences where we wished we had a third AC, and I was hoping that the inefficient ducting and likely overrated capacities of the existing units would account for the difference. In the end, I’m putting in 30K of AC that will have no ducting losses, and should be able to freeze us out even in the warmest conditions.

Larger units are generally less efficient than smaller ones – so going with a 30K class unit meant losing a bit of efficiency over a pair of smaller ones. Since efficiency is a top priority, I looked at all the major 30K outdoor units in production, looked up their EERs in the AHRI certification directory, and chose the most efficient one. LG’s basic, non-LGRED, condenser had the best ratings by a respectable margin, and competes with a lot of units in the 24K class size while producing a lot more output.

The outdoor unit is controlled by the indoor units, which have sensors and microcontrollers to determine the needed capacity and will adjust the condenser according to the input parameters. That means that, in theory, if only 5K BTU is needed to cool our bedroom at night, and we only have the bedroom unit running with the bedroom doors closed, then we might see some pretty amazing power consumption while keeping the bedroom cool at night when we’re running entirely off of batteries.

5000 BTU / 13 EER = 385 watts per hour, theoretical consumption. Add 10% inverter losses for 424 watts per hour, then cut that in half because it should cycle on and off and only run as needed. 212 watts * eight hours = ~1.7kWh of electricity use, or a little over 10% of our battery capacity. That sounds a bit optimistic, but may very well be possible.

On the flip side, if we’re willing to use the electricity we should be able to make the whole rig stay nice and cold in triple digit weather. It should use 2307 watts running full-out, or 2538 watts with 10% inverter losses, which is still better than the usage we’re seeing now. I expect that even though we’re not increasing the advertised BTU count, due to how lousy our ducting is (and RV ducting in general) and likely overrated our RV AC units are, this will perform more or less like having a third AC unit. I’ve seen a couple people say that 12K splits cool their RVs better than two Dometic 15Ks, and one person with an 18K saying it performs as well as their two Dometic 15Ks did. If either of those aren’t gross exaggerations, we’re good to go.

We had the welder come out and look at the trailer today for the rack. We settled on a build spec and price, and he’s starting the work tomorrow. I took my original design, split it into three pieces, and started with that.

We will have a frame that attaches to the RV frame, and extends out past the RV far enough to provide sufficient support to a 77″Wx20″D tray that runs from the ladder, over to the opposite side of the RV. The tray will be made of expanded steel, with 1″ angle edges, and plate welded in at areas where attachments need to be made. It will be bolted, not welded, to the frame so it is removable.

There will be a 57″Wx34″Hx20″D cage that sits on top of the tray. It will sit on the left side of the tray, leaving 20″ for accessories – such as a spare propane tank – to sit to the right. The cage will be made of lightweight expanded steel, with angle-iron edges and a reinforced door. The door will fold down to provide a 57″x34″ table, and be removable for ease of access. The door will have a relocation pad for the license plate, and the left wall of the cage will have a pad for the AC disconnect switch. The two rear corners of the cage, nearest the RV, will have 2″ ID pipe sleeves, 4″ at the top and 4″ at the bottom, which will serve as pole mounts. We’ll be able to use those for flags, wireless equipment masts, etc. There will be spare room in the cage that can be used for storage, as long as we don’t block air flow for the condenser too much. We’ll probably just use it for camp chairs to be used with the table. On the top of the cage, we’re having two cross bars added which will be used to support a rooftop bike rack. That will keep us from adding any additional length to the RV, beyond what we have now.

The welder is going to spray it with gloss black enamel for now, and we may revisit that later with a color match of some sort.

I traced everything to know exactly how I’m going to route the line sets and cables, then ordered pre-built line sets, sub panels, breakers/switches, wiring, and the tools needed to re-flare and terminate lines if necessary, connect them, pressure test and vacuum the lines, and initialize the system.

Additionally, I ordered three more 325w solar panels for a new total of 2925w, and the associated cabling, charge controller, and breakers needed to add them to the system. With the exception of those, which I have to go to Flagstaff to pick up in person, everything should be here on Monday (including the tray/cage, installed by the welder) and take a few days to install.

I’m hoping that by the time we leave here, at the end of the month, we’re using a mini-split AC system and have 3kW of solar available for our use. This should conclude the list of upgrades needed to comfortably spend extended amounts of time off-grid – with almost perfect timing, considering the current atmosphere.