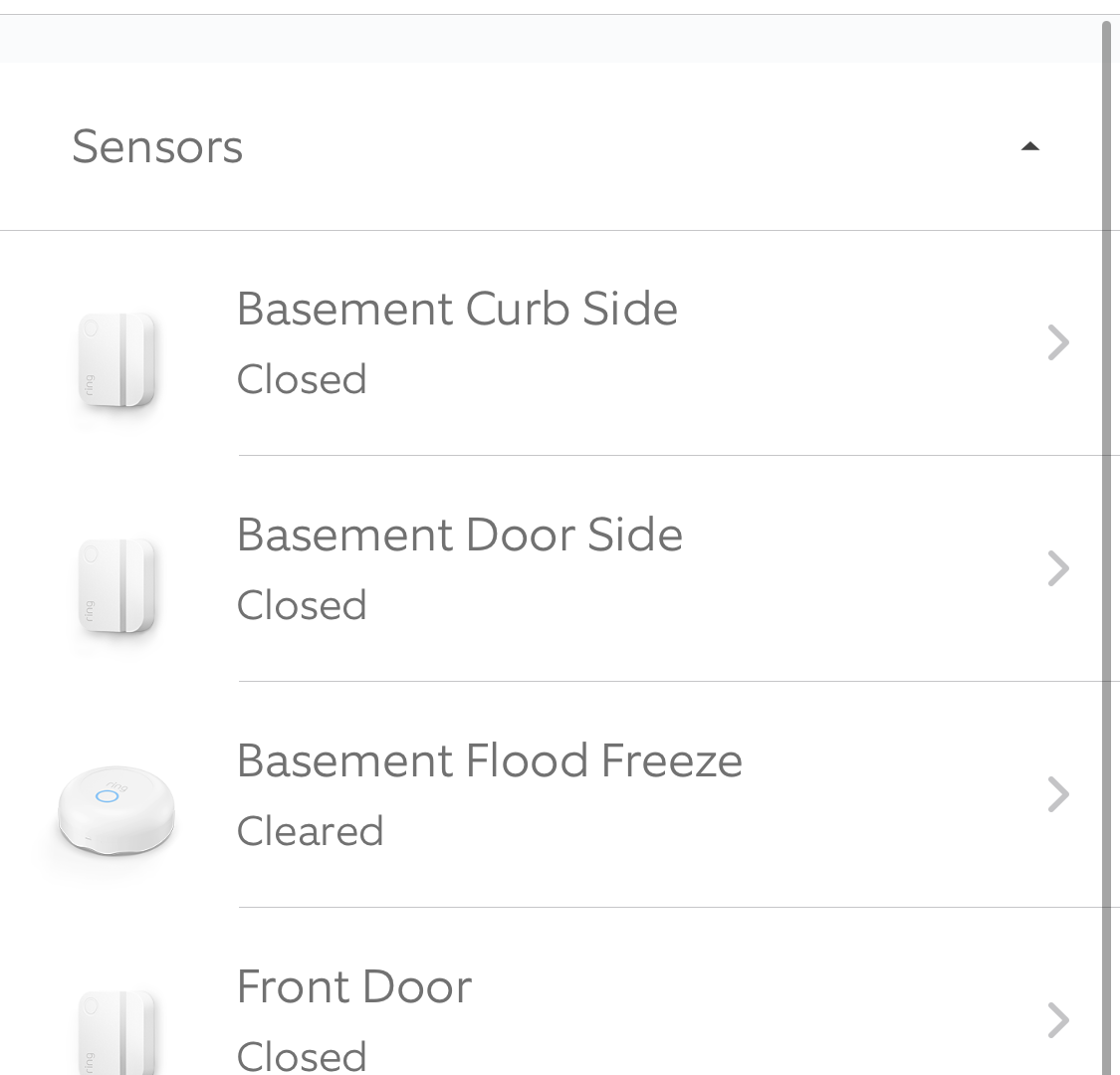 We ordered a Ring doorbell a while back, primarily so we know if anyone is approaching the door while we’re away. With some of the recent additions to our rig, I wanted to increase the security a bit and decided to do so via an alarm system. Since we already had the Ring doorbell, I looked at their alarm options and ended up purchasing one of their basic kits plus some additional sensors.

I installed door sensors on the front door, the basement compartment doors, and the generator door. I also placed a flood and freeze sensor in the basement, which is near all the waterworks, so we’ll get an alarm if there is ever a leak or it drops below 40F, which is excellent to have since our Lithium batteries are down there and don’t like freezing temperatures.

Inside the rig, I installed a device that listens for our existing Co2 and smoke alarms, and alerts if they go off. And I’ll probably add a couple more sensors.

I installed the key pad near the door, and the siren behind the fridge where it will blare out an existing vent, reaching outside.

This all ties back to the Ring app, which is configured to let us know when doors open, close, and if any of the other sensors are triggered. Since we have “permanent” power and Internet in the rig that remains online whether we’re driving or stationary, and has fallback mechanisms to switch carriers or even find open WiFi if available, and the ring has its own battery and cellular backup, we should always receive alerts.

So far, the system has been really nice just for checking to see “Did I close that door?” but it’s also going to be very useful to know that if someone does happen to come around and mess with the rig, we’ll be notified (Ring doorbell) or alarmed (doors opened, other intrusion) including our storage compartments. If we’re not around, there will be a loud siren to draw attention and likely send anyone with malicious intentions moving on.

We also have two GPS receivers on the rig, neither of which were primarily installed for tracking it, but we’re able to use them to find where the rig is if it happens to move. One is part of our pet monitoring, Nimble, and the other integrated into our energy management system. The Nimble, like the Ring, has its own cellular backup. The energy management puck is hidden away and difficult to access.

Additionally, I installed a hidden cutoff for all of the hydraulic systems, which are required to put the slides and leveling feet in, or even attach it to a truck. A $20 switch makes the stealing the rig significantly more difficult, but adds almost nothing to my set up/break down times.

And finally, I installed a FortKnox lock on the pinbox to keep anyone with a GN ball from easily coming along and hooking up.

Between all of these, we’re relatively confident in leaving the rig unattended with the dogs in it, even when we’re staying alone in the middle of nowhere. The Ring doorbell and indoor camera lets us check on the dogs while we’re away, and the sensors will alert us if anyone tampers with it.