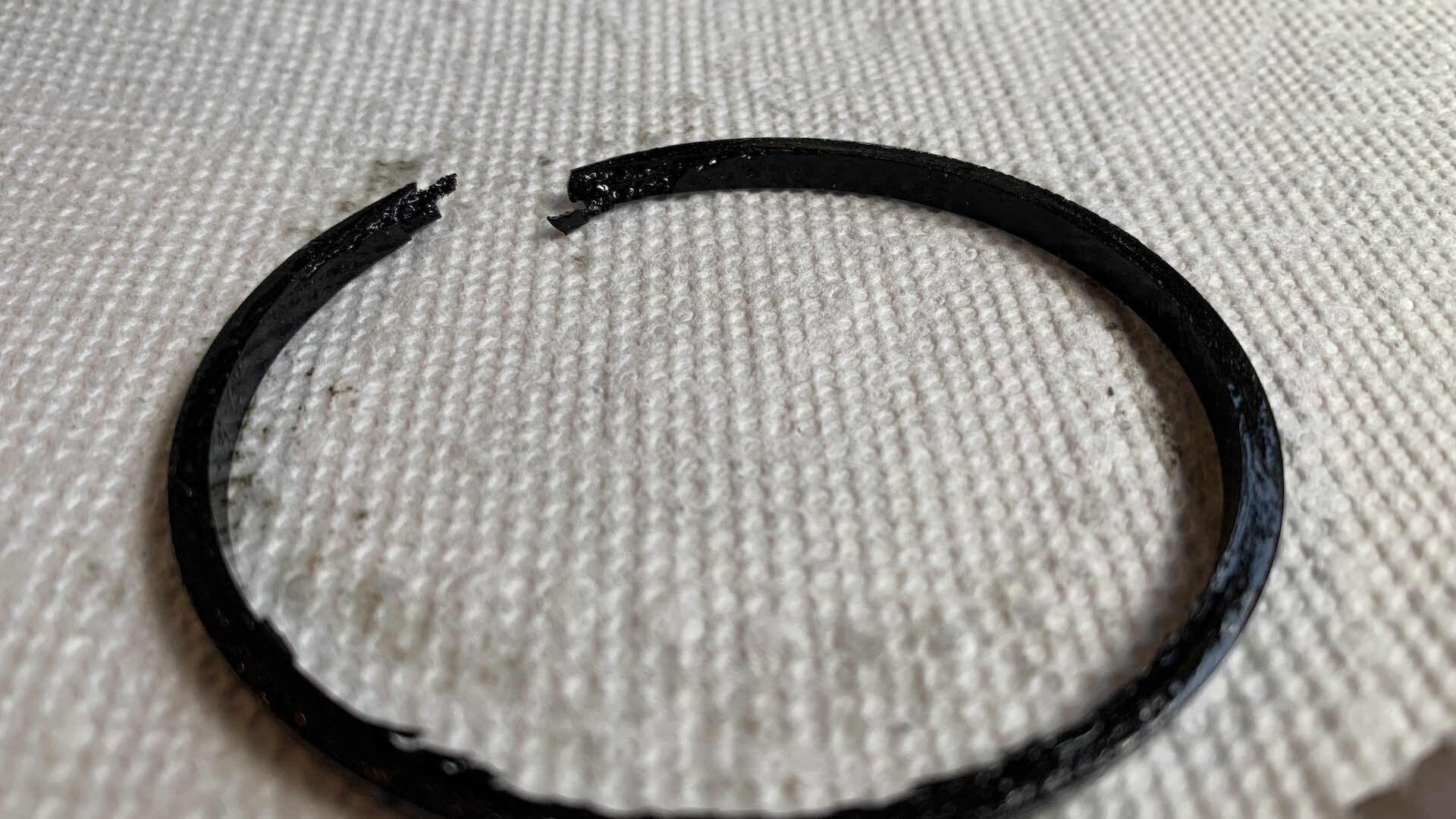 We installed Titan disc brakes on our fifth wheel back in August 2016, and they’ve provided thousands of miles of significantly improved stopping power over the factory drums.

We pulled out of a boondocking site a couple days ago. I performed my customary manual test when pulling out of the site, then noticed a few miles down the road that the braking felt off. On a mild downhill, I manually actuated the trailer brakes, felt the rig slow a bit, and then felt all braking cease. Pulled over, got out, and walked around the trailer to find brake fluid pouring out the rear door side tire. I assumed it was rodent damage and crawled under the trailer to check, but the lines were dry. Had Kelly actuate the brakes for me while I was looking and it started pouring out of the caliper over the disc.

We hobbled down the road a bit and found another good boondocking site for a few days, pulled the tire and caliper off to inspect. I determined the cause to be a failed piston seal.

I called Performance Trailer Braking, who I originally bought the discs from, even though they’re long out of warranty. For a little over $100, they sent out a new caliper and a spare piston seal via 2-day shipping to a nearby town, to be delivered Friday.

In the mean time, I started doing a bit of research and found this in the Titan/Kodiak documentation:

The local NAPA (only auto parts store within an hour’s drive) doesn’t stock parts for those, but I went ahead and had them “Ship to Store” a couple replacement seals and dust boots, and added a few quarts of fluid, brake cleaner, and a tubing I can use for bleeding the system to the order, also to be picked up Friday.

My plan is to rebuild this caliper to keep as a spare and replace the failed one with the new unit I’ll be receiving. In the future, I’m going to be sure to carry tubing to bleed the system with a pair of caps for the feed lines, so I can cap off one axle at a time in a pinch and still have some trailer assisted braking. For some reason, brakes are not one of the systems I thought to assemble spares for.

We were lucky that this happened when and where it did, and we were able to safely find a place to stay without high speeds or steep grades involved. This wasn’t one of the failure modes I ever considered – I always assumed the pump to be the most likely thing to fail.

It’s nice to know that you can find off-the-shelf parts that will fit these brakes, though actual fitment is yet to be verified. I don’t expect any issues but did place the additional parts order I mentioned with NAPA so I could personally verify for all of $6.99. I also assume you could probably purchase one of their $50 remanufactured caliper assemblies in a pinch, if something else were to fail on one. More importantly, though, this was another lesson for me as to what information to have on hand (parts compatibility) and spares to carry, for future issues with the system. Most trailers don’t have discs, and as such, I doubt many RV shops stock parts.

Also, as with most things on an RV, I believe you should have a basic understanding of how things work so you can diagnose and correct issues yourself. I don’t want to know what it would have cost us in either time or money to have a remote tech come out and look at this.

I have no idea how this seal failed after years of trouble-free service. The dust boot was in great condition and I didn’t see any signs of contaminants in there.

As an aside, we were able to find a really nice spot to be “stuck” in for a few days while we wait on parts.